Professor of Global Health, University of Washington Institutes for Health Metrics and Evaluation; Former Chief of the Behavioral Surveillance Branch, Centers for Disease Control and Prevention

Ali Mokdad is an epidemiologist who authored a Centers for Disease Control (CDC) study in 2004 that received widespread criticism for its methodology, “Actual Causes of Death in the United States, 2000,” published in the Journal of the American Medical Association (JAMA). Mokdad’s team purported to demonstrate that 400,000 deaths in the United States per year could be attributed to overweight and obesity, leading the CDC to begin a wide-ranging campaign to reduce obesity rates.

Mokdad’s results were suspect, however. Mokdad’s team was forced to print a correction in a 2005 issue of JAMA acknowledging a computational error that overstated the number of deaths from overweight and obesity.

Subsequent research in JAMA demonstrated that Mokdad’s methodology was suspect as well. A different CDC research team found that a mere 25,000 deaths could be attributed to overweight and obesity combined, since overweight status was in fact protective against early death.

The model that Mokdad and his team used was questioned before the study was published. CDC scientists who reviewed the study noted the following (all emphases added):

Methods used to calculate number of deaths due to obesity were incorrect and possibly miscalculated … The use of the improper formula is a rather serious mistake to make. At the time this study was being conducted, the scientific literature had several papers describing potential bias. Following Allison et al. in using an incorrect method was not justified. From the cross-clearance, it seems as if this bias from the wrong formula was pointed out to the authors.

The knowledge about inappropriate use of adjusted relative risks in certain attributable-fraction formulas was in the literature prior to the preparation of this manuscript and was apparently shared with the authors prior to publication.

My general conclusion is that the Mokdad et al. paper makes some bold statements, bolder than the original McGinnis and Foege paper, which might have been better off being presented as a policy exercise rather than a scientific study; the estimates seemed a combination of scientific calculation and expert opinion. Furthermore, the scientific reviewers of the paper who mentioned the problems were not taken as seriously as they could have been.

A CDC review panel commissioned to examine the discrepancies stated:

The paper published by Mokdad, et al., Actual Causes of Death in the United States, 2000, has provoked significant controversy both inside and outside the agency. […] the fundamental scientific problem centers around the limitations in both the data and the methodology in this area.

The CDC was forced to revise its Mokdad-justified estimate of obesity-related deaths down by the new research and review panel findings. 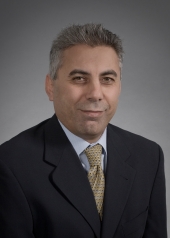