Kelly Brownell is a psychologist on a decade-long crusade against what he calls America’s “toxic food environment.” Brownell wants to “hit junk-food junkies where it hurts: in their wallets” by “slapping high-fat, low-nutrition food with a substantial government ‘sin’ tax.” He is best known for having first proposed the infamous “Twinkie tax.”

Brownell believes that governments should slap punitive taxes on the foods and beverages that he considers “bad.” He has admitted, however, that the real motive behind such taxes is to increase the cost of high-calorie foods to the point where they will be priced out of the public’s reach. Brownell demonizes restaurants and food producers, hoping that they will one day face “the same social climate that has enveloped the tobacco companies.”

Brownell has expressed contempt for scientific dissent and skepticism of his proposed agenda. He wrote in the Journal of the American Medical Association that his preferred policies should be enacted before all the evidence is available. Arguing on behalf of restaurant calorie labeling, the effectiveness of which is highly disputed, he wrote:

For some of the most important public health problems today, society does not have the luxury to await scientific certainty.

Interestingly, while Brownell advocates an environmental theory as the cause of overeating and obesity in public statements, Brownell’s own theory of the individual diet, the “Lifestyle, Exercise, Attitudes, Relationships and Nutrition” (LEARN) Program, relies on controlling self-defeating attitudes. Brownell has publicly advocated the “toxic food environment” theory of obesity in those exact terms since at least 1996, when he used the phrase in an interview with The New York Times. Interestingly, Brownell continued promoting the personal responsibility-focused LEARN program despite holding this contradictory view.

Brownell places the blame for obesity squarely on food providers, but he should know better from his own experience. In public statements, Brownell puts himself in an “adult class” of consumer able to use (if not actually employing) personal responsibility. In response to questions during the promotional tour for his book Food Fight about his personal weight gain, the AP reported:

Brownell himself […] sports a good-sized paunch thanks, he says, to a book project that has kept him relatively sedentary and snack-prone for the last year or so.

Brownell was directly confronted on the issue of his own weight gain in 2003 on National Public Radio. He neither denied the role of his own decision making in his weight gain nor claimed to be an addict or a victim.

Brownell told O, The Oprah Magazine the following for a feature on weight control scientists’ personal diet and exercise habits:

For me weight is a real issue. It bounces up and down by 30 to 40 pounds. I have to be very vigilant because I’m one of those who eat more when stressed. I try to manage the pressures in my life by making time to relax and being physically active-I play tennis, walk, run, or bike-and I try to make healthy food choices (lots of fruits, vegetables, and whole grains). I like to think of food as something that nurtures me and makes me healthy rather than seeing my diet as restrictive.

Brownell is perfectly willing to trample individual rights when it serves his ends. Writing in CSPI’s Nutrition Action Healthletter, Brownell wrote: “I recommend we develop a militant attitude about the toxic food environment, like we have about tobacco … [smoking] became so serious that society overlooked the intrusion on individual rights for the greater social good.”

Editors’ Note: We put much thought into the matter of raising Brownell’s weight problems in this article. We feel it is justified because of his contradictory positions that while his own weight gain was caused by his own decisions, specifically his own choice to overeat, the “food environment” is responsible for the weight gain of others.

Kelly Brownell is connected to the following organizations: 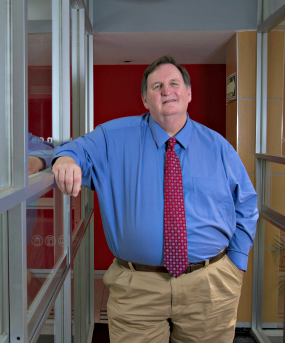