Founder and President, Sea Shepherd Conservation Society; Co-founder, Greenpeace; Board Member, Sierra ClubPaul Watson is one of the fathers of environmental terrorism. The group he founded and leads, the Sea Shepherd Conservation Society (SSCS), is a pirate organization that sails around the world, terrorizing fishermen. Wearing a long bowie knife and carrying AK-47s on board, he threatens to ram any ship that won’t give in to his demands. Watson was a founder of Greenpeace, but the group banished him in 1977 in disapproval of his violent tactics. He is a board member of the Sierra Club.

Watson, who has spent time in the jails of Canada and the Netherlands, was born in the Canadian Maritimes in 1950. At ten years old, he was already a budding terrorist who shot another kid in the rear end who was about to shoot a bird. A dyslexic who “progressed from deckhand to able seaman without knowing how to tie a knot,” he worked for the Canadian Coast Guard and Norwegian and Swedish merchant marines before becoming a professional environmentalist.

Watson is a misanthrope who has said that “earthworms are far more valuable than people.” Perhaps that explains why he has started the careers of some of the most violent animal-rights activists. SHAC terrorists Rodney Coronado and Joshua Harper have both served as crewmembers on SSCS expeditions.

The thrice-married Watson has written many books detailing his exploits, including Seal Wars: Twenty-Five Years on the Front Lines with the Harp Seals and Ocean Warrior: My Battle to End the Illegal Slaughter on the High Seas. The latter book has been touted for years as being in production for a movie, originally to star Aidan Quinn and now starring Christian Bale.

Paul Watson is connected to the following organizations: 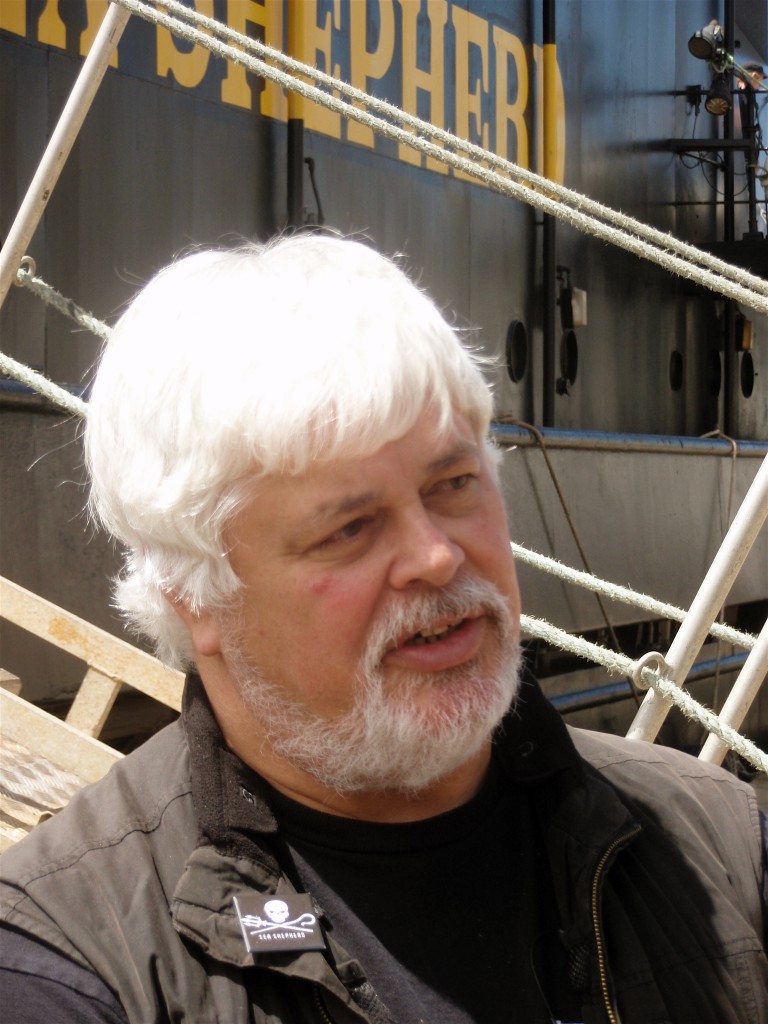